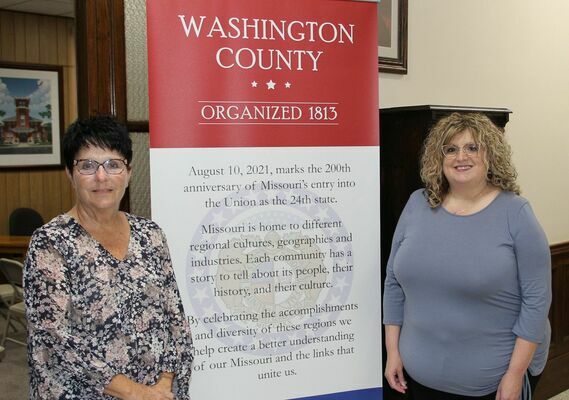 Heather Eckhoff was sworn in on Wednesday, September 1st, 2021 as the new Washington County Assessor. Eckhoff won the position in the General Election in November of 2020 and officially took office on the 1st of September. Here, Washington County Clerk Jenny Allen gives the Oath of Office on Wednesday morning as Ms. Eckhoff began her first day in the Courthouse as Assessor. Ms. Eckhoff had previously worked in the Assessor’s Office under another office holder. The Assessor’s Office is located on the lower level of the Courthouse.