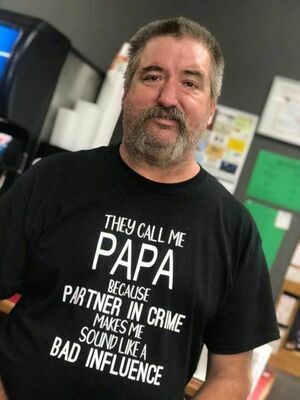 Montie “Carl” Breakfield Jr. of Potosi was born on July 25, 1967 in Bonne Terre, a son to Mary Lou (Adams) Battreal and the late Montie Carl Breakfield. Carl was united in marriage to Linda Diane Coleman on July 14, 2001. Carl passed away on Sunday, April 11, 2021 having reached the age of fifty-three years, eight months and seventeen days.

A funeral service was held on Friday, April 16th at 11 a.m. at the DeClue Memorial Chapel with Pastor Robert Adams officiating. Interment followed at Redbud Memorial Gardens in Potosi.