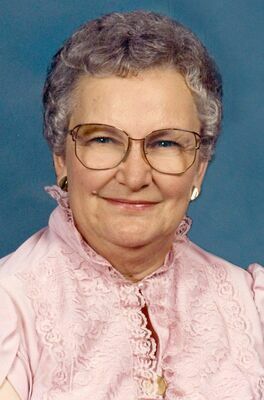 Norma Jean Eye of Belgrade departed this life on Tuesday, April 13, 2021 at Mercy Jefferson Hospital in Festus, having reached the age of 93 years, 4 months, and 2 days. She was born on December 11, 1927 in Desloge, a daughter to the late Clyde and Laura (Dickey) Neely.

On May 21, 1945, Jean was united in marriage to Bobby Lee Eye and they shared 68 years of life and memories together.

Jean was a graduate of Belgrade High School, Class of 1945. Before retirement she worked in the office of Brown Shoe Company both in Potosi and Leachville, Arkansas. In addition, Jean also worked as an administrative assistant in the superintendent’s office of Fox school system in Arnold. Jean was also co-owner of Eyes for Antiques. She and Bobby returned to Belgrade and farmed for a number of years. Some of her favorite things she enjoyed were quilting, gardening, and most of all being a wife, homemaker, mother and grandmother. Jean will be missed by her family and all those who knew her.