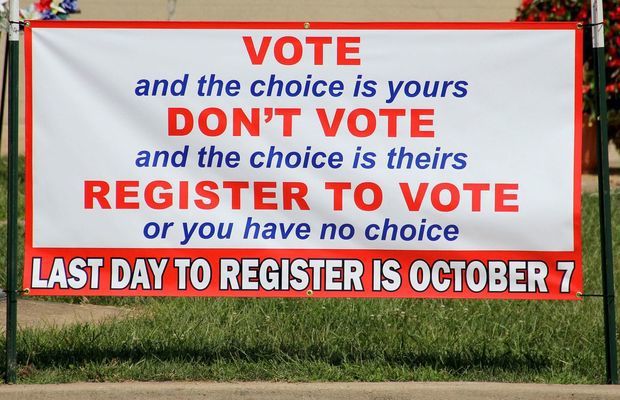 Everyone wants their opinion to count. Here’s two opportunities to be counted that are offered to every United States Citizen that is of age.

The first that has been going on most of the year and that has taken a ‘back seat’ to the virus is the U.S. Census. The Census is important. Maybe more important than many people realize. The numbers generated by the Census are used for all kinds of programs, grants and decisions that are made by government and government-assisted programs as well.

The Census is only done every ten years, so your decision to participate or not to is a long lasting one. We have so many agencies and facilities that use these numbers for how they operate. From hospitals and health care to highway work by both state and federal and so many others in between.

The U.S. Census has been made as easy as possible for people to participate this time. There were forms in the mail, people can go online and also reply by phone.

Visit census.gov and find out more. Call 844-330-2020 to reply by phone. Do your part, it will help you and your neighbors for the next decade!

Washington County, Missouri needs your support as well. Countians are urged to get there Census information in and be counted.

According to information from the U.S. Census Bureau only 47.7% of Washington County, Missouri has replied to the 2020 Census as of September 3rd, 2020.

During the 2010 Census only 54.3% of the people in Washington County participated.

That’s one opportunity to count, and now your second. VOTE! If you’re 18 by the General Election, then vote.

Voter registration is open until October 7th, 2020 for the General Election that is set for Tuesday, November 3rd, 2020.

This is a presidential election year. Washington County, Missouri doesn’t have many contests locally but there are several candidate races on the ballot as well as amendments. Learn what you can, cast your vote.

It is your right as an American to vote and it is also your duty to be involved in your government to help make it work.

Absentee Voting begins on Tuesday, September 22nd, 2020. There are opportunities for every qualified voter to cast their vote. Look online for details, call or visit your local Election Authority at the Washington County Clerk’s Office.

The County Clerk is located on the main floor of the Washington County Courthouse (back and to your right). That’s your second chance to count, and, just in my opinion, you count every day, we all do!

Thank you for caring about your community. Be counted and heard.