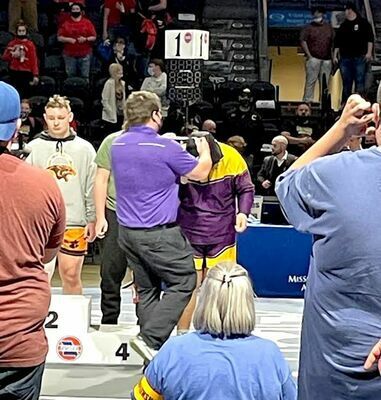 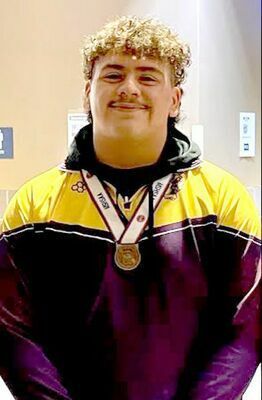 The Missouri High School Athletic Association held the tournament this year in Independence, Missouri and Ortiz went through the competition in a single day.

Ortiz said, “It was tough. Usually you get a little time to rest and figure out who you’re wrestling next. One day was fast and tiring.”

Ortiz started off with a bye in his first round and lost a grueling match in the second round in a triple overtime contest. Keki came back to win his two following matches with pins to get to the finals. Ortiz lost a toughly fought match to take the 6th place medal for the Trojans.

Keki won the Conference, District and Sectional Championships on his way to the State Tournament this season. He finished his year with a 28-6 record.

Ortiz was at the State Tournament last year and finished just short of the medal podium. He fought his way into contention this year and captured the hard earned award for himself and his school.