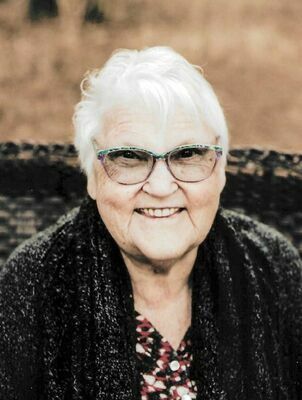 Wanda Faye Martin, also known by her family and friends as “Faye” of Mineral Point was born on March 15, 1944 in Yazoo City, Mississippi, a daughter to the late Charles William and Vina Mae (Freeman) Powell. Faye went to be with her Lord and Savior on Friday, January 8, 2021 at her home surrounded by her family, having reached the age of seventy-six years, nine months and twenty-four days.

On August 22, 1998 Faye was united in marriage to Robert Lee Martin and they shared sixteen years together.

Faye was a member of Mineral Point Methodist Church. She was a CNA for many years doing private duty as well as working at NHC, Mineral Area Regional Medical Center and in later years volunteering at Washington County Memorial Hospital. In her spare time, she loved playing cards, crocheting and spending time with her beloved family. She was always the life of the party, always had a smile on her face, but was not afraid to tell it like it was. She was a perfect mixture of sweet and sassy.

A funeral service was held on Wednesday, January 13th at 11 a.m. at DeClue Memorial Chapel with Bro. Guy Conway officiating. Interment followed the service at Hopewell Cemetery in Mineral Point.

Funeral arrangements were entrusted to the care and direction of DeClue Funeral Home.