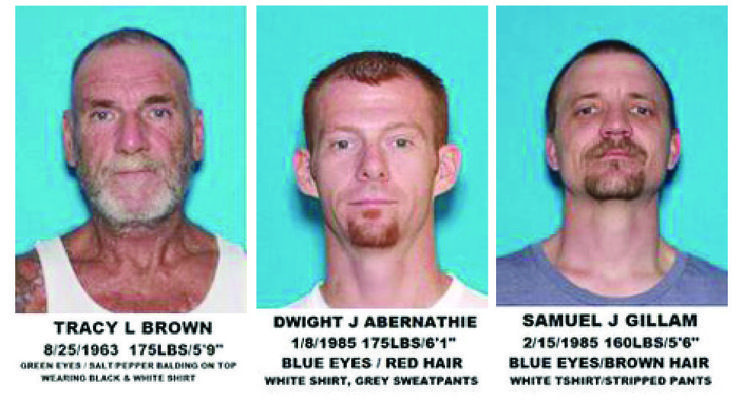 The following was release by the U.S. Marshals Service on Monday, January 18th, 2021.

The three allegedly moved a block wall to make their escape.

On Sunday, January 17th, the U.S.M.S. was requested to assume the lead in the manhunt and investigation. The district is deploying personnel from St. Louis to supplement personnel already working the case. A unified command post has been set up at the Iron County Courthouse in Ironton.

The U.S. Marshals are offering a reward of up to $2500.00 for the information that directly leads to the arrest of each escapee. The three escapees should be considered dangerous. Anyone with information on their whereabouts is urged to contact their nearest law enforcement office. Information may also be submitted via the USMS Tips app or 1-800-336-0102 or the Ironton Police Department at 573-546-4000.