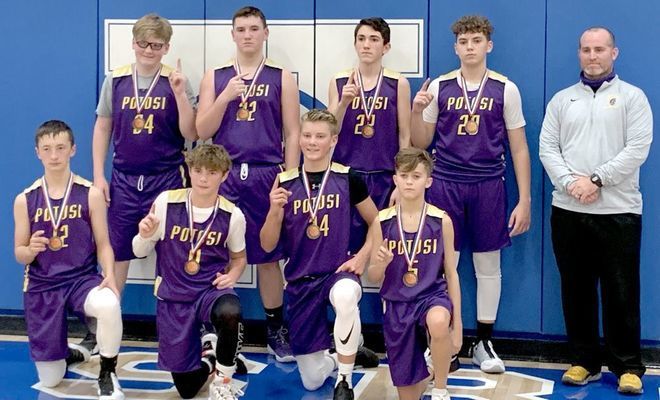 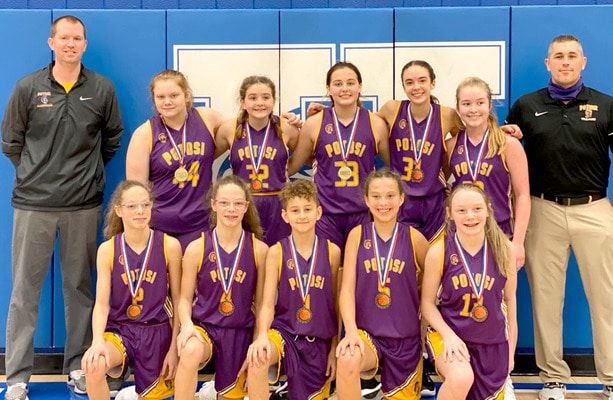 The John A. Evans 8th Grade Girls & Boys Basketball Teams both took 1st Place at the Hillsboro Tournament this past week. The teams each faced three opponents on their way to capturing their championships.

The Trojan Ladies faced Windsor on Thursday, Nov. 19th and came away with a close opening victory, 26-24.

They returned to Hillsboro on Monday, Nov. 23rd and beat the DeSoto Lady Dragons, 35-21.

The Lady Trojans then claimed their championship on Tuesday, Nov. 24th by defeating the host Hillsboro Hawks in another close game, 21-18.

The Lady Trojans are coached by Chris Kearbey and Josh Pullins.

The next up for the Trojans was DeSoto on Monday, Nov. 23rd. The Trojan Boys were again victorious with a score of 51 to 25 at the final buzzer.

The Championship game put the Trojans facing the Hillsboro Hawks on Tuesday, Nov. 24th. The Trojan Boys beat the Hawks by a score of 39 to 32 to clinch the 1st Place medals.

The Trojan Boys are coached by Kurt Davis.

The Junior High teams are beginning their regular season play this week and have a schedule that takes them through the end of January, 2021.

MDC Reports Elk Hunters Go Five For Five In In...