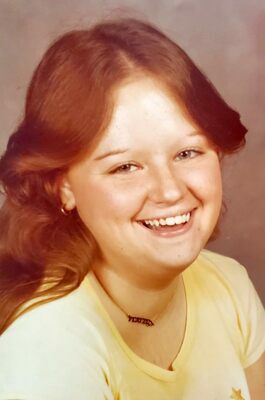 Melissa Davis
Melissa Faith Davis of Ellington was born February 10, 1961 in St. Louis, a daughter to Lilly Mae (Ross) and the late George Melvin McClintock. Melissa departed this life Thursday, July 28, 2022 having reached the age of 61 years, 5 months and 18 days.
Melissa is survived by her daughters, Tanya Miers (Hensley) and husband Daniel of Ellington; Crystal McClintock of St. Louis, Maria (Davis) Colbert and husband Josh of Lowndes; adopted daughter/granddaughter, Lillie Davis of Corning Arkansas; brother, Jeffery McClintock of St. Cloud, Florida; 10 grandchildren, 6 great grandchildren and many nieces, nephews other relatives and friends.
In addition to her father, Melissa was preceded in death by her daughter, April Hensley; husbands, Robert Davis and Thomas Hensley; brother, John McClintock.
Melissa had a kind heart and always kept others in her thoughts and prayers. She had a keen eye for design and loved sewing and crafting for her family. She made time every day to read her bible and kept a journal of scriptures that brought her strength and peace. She also enjoyed playing games on her phone and spending quality time with her family and friends. Her memory will continue to live in the hearts of those who loved her.
Visitation for Melissa was held Friday, August 12th from 3 to 6 P.M. at Moore Funeral Home in Potosi. A Memorial service was held at 6 P.M. Friday, August 12th with Rev. John Kammermann officiating.
A graveside service was held Saturday, August 13th at 1 P.M. at Big River Cemetery in Irondale with Rev. John Kammermann officiating.
All services were under the care and direction of Moore Funeral Home in Potosi.