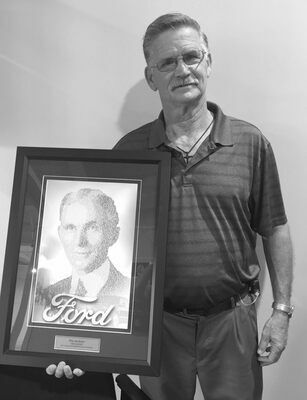 The City of Potosi will welcome folks to the streets of ‘Downtown’ on Friday evening, June 17th and Saturday, June 18th, 2022 as the Annual Moses Austin Heritage Festival is held again to celebrate the history and the community.

The weekend will kick-off with an assortment of vendors on the downtown streets as the third Billy Joe Boyer Memorial Car Show is held on Friday evening. The event starts off with a Car Cruise-In Parade and the Show will follow. The Car Parade starts at 6 p.m. with the Show after. The parade will line up at Red Wing parking lot, go West on High Street and park on the streets downtown. The Car Show will be on North Missouri St. and Clark St. Vendors will be set up along the streets as well. A ‘Jam Session’ is being planned with a variety of musicians entertaining at the County Courthouse lawn.

Saturday, June 18th will start with vendors being in place by 10 a.m. and the traditional parade at 11 a.m. The parade route will be from Red Wing parking lot, West on High Street then South on Mine Street and disbanding at the Potosi High School parking lot area. The parade will feature cars, floats, music and a variety of unique entries.

There will be vendors set up along East High Street and North Missouri St. along with music in the afternoon. The shops on North Missouri Street and along High Street will have items and displays along the sidewalks for people to enjoy. Primitive area campers and demonstrators along with some vendors will be set up at the Heritage Park on Jefferson Street at South Mine Street. La Brigade and Old Mines Area Historical Society along with Mine au Breton Historical Society will have displays and a variety of historically accurate camps as well as some traditional foods.

Vendors will offer their wares and demonstrate their trades from 10 a.m. to 4 p.m. on Saturday.

The 4H and FFA Prospect Show will closeout Saturday as the youth will show their animals at the Washington County Fairgrounds beginning at 6 p.m. in the evening. This will be a great way to see what the young people are working on for their projects for the County Fair in August. The Prospect Show will also be a great opportunity for area youth to learn about participating in 4H and FFA. At the close of the Prospect Show, local musician Keegan Boyer will entertain on the Twing Eagle Fair Stage.

The Festival has become a tradition for the community and the area. It celebrates the history of why we are all here and how we got here. It gives people a chance to walk the streets of ‘old downtown’ and visit with neighbors and make new friends. It is a time to relax, enjoy the outdoors and friendly faces.

Enjoy a weekend that celebrates history and community this weekend!