by By Kris Richards 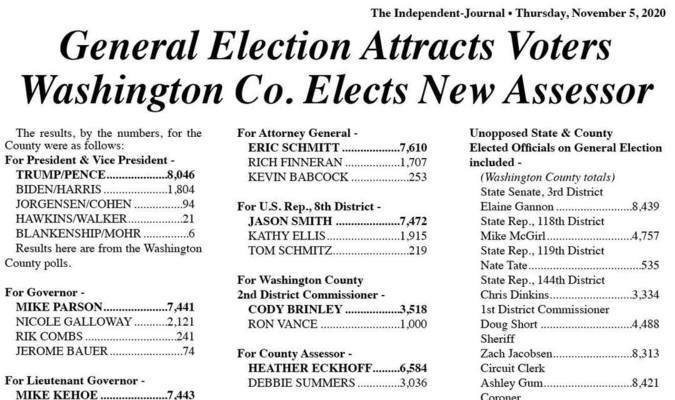 The County had great weather for an Election, the General Election, that had many forming opinions and showing concern for what the future might hold. No matter how someone voted, the ballots were busy with approximately 2/3 of the registered voters making a decision at the polls.

The County only had two races, Cody Brinley, 2nd District Commissioner was challenged by Ron Vance. Brinley, the incumbent won handily in that race. The other race was a well contested one for the Washington County Assessor's Office. The incumbent, Debbie Summers was defeated by Heather Eckhoff, the Republican candidate.

The numbers were slowly coming in as the evening headed 'South', and the State of Missouri continued its Republican theme.