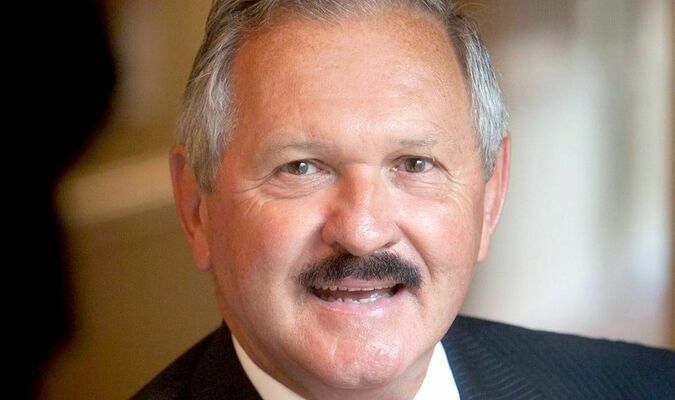 Potosi High School’s Hall of Fame display in front of the main office at P.H.S. heralds the names and photos that began with the initial class of inductees in the 2018-19 school year. The new Hall of Fame recognizes athletes, teams and individuals that have made significant contributions to the school and or community.

The former Hall of Fame that had been in place was primarily athletic based with “All State” recognitions of one sort or another as well as successful teams that were at the “Best of Class” level.

All current members of the Hall of Fame were grandfathered in to the Potosi School District Hall of Fame. This process now allows the district to recognize not only athletes, but also former students, graduates, community members, and educators.

• Distinction in service to a profession such as law, medicine, education, etc.

• High achievement in a recognized cultural endeavor such as art, music, theatre

• Significant contributions to community or country

• Adheres or adhered to the mission, philosophy, and citizenship guidelines of the Potosi R-3 School District by displaying honor, leadership, character, service, and achievement

Potosi R-3 School is pleased to celebrate the alumni and staff that have graced the halls of Potosi High and recognize individuals who have served with distinction in life.

Dr. Linmarie Sikich has been selected for induction into the Potosi Trojan Hall of Fame for the Class of 2021-22. Dr. Sikich is a 1977 graduate of Potosi High School.

While at Potosi High School Linmarie was Valedictorian for the Class of 1977 as well as being the Senior Class President. She was in the National Honor Society; Trojan Band; Glee Club; publications; photography; worked as a library helper; attended Freedom Forum among many other accolades. Dr. Sikich also was recognized with honors in the Junior Science Symposium; National Merit Finalist; U.S. Senate Youth Program Semifinalist; Presidential Scholar Finalist among others.

She went on to earn a bachelor’s, master’s, and medical doctoral degree from Washington University in St. Louis, and there she began her career as a postdoctoral fellow in Neurodevelopment. She went on to work at Yale University as a General Psychiatry Resident, Child & Adolescent Psychiatry Fellow, and Postdoctoral fellow in Child Psychiatry Research. She then went on to gain full professorship in the Psychiatry Department at the University of North-Carolina-Chapel Hill School of Medicine. Dr. Sikich now works in the Psychiatry & Behavioral Medicine Department at the Duke University School of Medicine. She is board certified in Child & Adolescent Psychiatry, served for five years as the Medical Director of the Duke Autism Clinic, and currently serves as both the Associate Director of the Duke Center for Autism and Brain Development and the Duke Clinical Research Institute- Autism & Developmental Disorders program lead in the Neuroscience Medicine Unit. She has published nearly 75 articles in peer reviewed journals such as the Lancet Psychiatry, the New England Journal of Medicine, and the Journal of Child Adolescent Psychopharmacology; further, she has written nearly 18 published book chapters.

Mr. Randy Eaton has been selected for induction into the Potosi Trojan Hall of Fame for the Class of 2021-22. Mr. Eaton is a 1967 graduate of Potosi High School.

While in school he was very involved in extracurricular activities including: basketball, track, football, student council, Junior Class President, FTA, Letterman’s Club, choir and glee club. He was the record holder for rushing and passing yards in football when he graduated from P.H.S., as well as for the 60 yard dash at that time.
After graduating, Mr. Eaton has stayed very involved in the Potosi community as well as the R-3 School District. He has been involved with the Elks Christmas Charity for over 50 years and piloted the Backpack program that began in 2013 to feed children in need throughout the County.

He has served as a volunteer firefighter for 61 years and served on the Potosi Fire Board of Directors from 1974 - 2004. While serving as the Chairman of the Board on the Board of Directors at the Potosi Fire Protection District, he was instrumental in building additional fire stations in outlying areas. Washington County residents were unable to secure affordable fire insurance due to the insurance ratings (their home was too far away from a fire station). He was committed to helping provide affordable home insurance to everyone in the community.