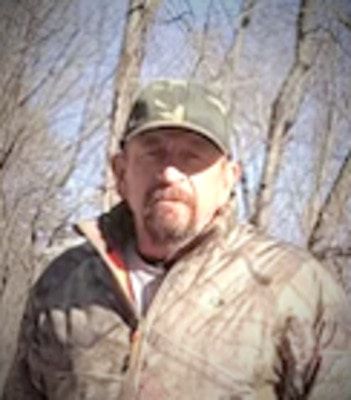 Ronald Jackson
Ronald Lee Jackson of Potosi, Missouri was born February 22, 1962 in Jacksonville, North Carolina, a son to Russel Jackson and Wilma Joann (Jennings) Jackson. Ronald departed this life Thursday, December 9, 2021 having reached the age of 59 years, 9 months and 17 days.
Ronald is survived by his daughters, Chelsiea Ashabranner and husband Jordan of Festus, Missouri, Sarah Jackson of Fenton, Missouri, Mickayla Jackson of Festus, Missouri; son, Coel Jackson of St. Louis, Missouri; mother and father, Wilma and Russel Jackson of St. Louis, Missouri; sister, Debra Olsen and husband Robert of St. Louis, Missouri; brother, David Jackson of Fenton, Missouri, two grandchildren and many nieces, nephews, other relatives, and friends.
Ronald had a passion for the outdoors and loved hunting and fishing. He was always on the go and spent many hours working around his home. His greatest joy was his family and he loved to spoil his grandchildren. He was a loving father, grandfather, brother and friend. His memory will forever be cherished by those who loved him.
Memorial Visitation for Ronald was held Saturday, January 8, 2022 from 1-3 PM at Moore Funeral Home in Potosi.