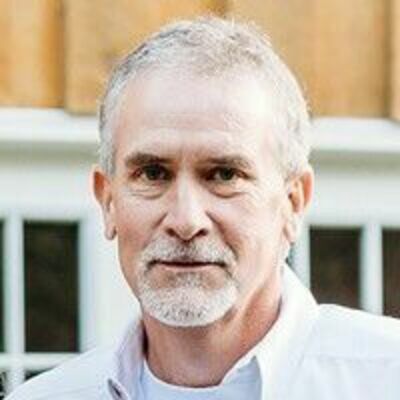 On Sunday, October 3, 2021, Michael Jon Adams,  “Mike”, loving husband, “the best” father, son and friend passed away at the age of 54, as a result of a vehicle accident with his wife of 15 years Kimberly Sue (Mooney) Adams. Mike was a Christian and was baptized at Rock Garden Christian camp.

Mike was born in Escanaba, Michigan on March 28, 1967 to Pete and Dorothy (DeClue) Adams. Mike graduated in 1985 from Eminence High School. He continued his education and graduated in 1990 from Southwest Missouri State  University with a BS in Environmental and Natural Resource. He has worked the past 27 years with Pioneer Forest.

He always had a passion for being outside. He felt blessed being able to live in an area where he could live his life enjoying many outdoor activities including his work. Mike enjoyed watching Cardinals baseball, camping and boat riding on the Current River, SxS riding, hunting, fishing, woodworking, and drinking bushwhackers at the Flora-Bama with his big blue-eyed wife, Kim. He loved spending time with the grandkids and was extremely excited for the two new ones coming in the Spring. Mike had a way to make everyone feel involved in conversations, and when he was with friends or family he was always smiling and laughing. He was always known as a laid-back guy that would do anything he could to help someone in their time of need. He always had an open ear to listen and if you could ever get him to give his input it was usually the best advice you could get.

He is survived by many loved ones; his parents, Pete and Dot Adams of Springfield; two step-sons, Lance Radosevich and wife, Sammi of West Plains, and Blake Radosevich and wife, Erica of Salem; daughter, Morgan Adams of Eminence; and son, Hunter Adams and wife, Cheyenne of Eminence. He was a proud grandpa to four grandchildren, Emory Radosevich, Max Radosevich, Novah Lollis, and Maverick Mooney. He was the youngest brother to his sisters, Patty Charlesworth and husband, Bob of Kansas City, and Doty Adams of Springfield; brother, Kris Richards and wife, Carrie of Potosi; and numerous nieces, nephews and surviving family.

Funeral services were held on Saturday, October 9th at 12 noon at Leroy Lewis Memorial Gymnasium in Eminence with Pastor Randy Ferguson officiating, under the direction of Yarber Mortuary. Visitation for friends and family was prior to the service from 10 a.m. to 12 noon, also at the gymnasium. A private inurnment for Mike will be held at a later date. Donations can be made to the Mike and Kim Adams Memorial Fund at any Security Bank of the Ozarks location. Condolences may be expressed at www.yarbermortuary.com.