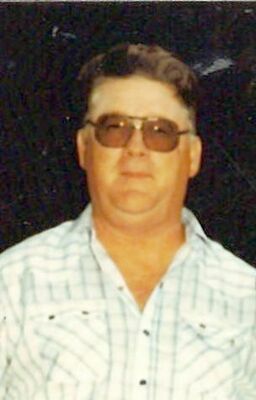 William Alvie Milam, also lovingly known as “Dub”, of Belgrade was born on April 14, 1941, a son to the late William A. and Helen (Quigley) Milam. On September 15, 1959, Dub was united in marriage to Clara Mae Gilmore and they shared sixty-two years of life and memories together. Dub went to be with his Lord and Savior Jesus Christ on Thursday, September 30, 2021 having reached 80 years, 5 months, and 16 days of age. During his life, Dub enjoyed being outside and always kept an immaculate yard. He loved farming – from working with cattle to cutting and putting up hay bales. Dub was so very proud to have restored his dad’s 8N Ford Tractor and it looked as though it came off of the show-room floor. He also enjoyed collecting knives and had quite the collection. Most of all, Dub loved his wife and family with all of his heart. There was no greater joy than spending time together.
Those who remain to cherish his memory include his beloved wife, Clara Mae Milam; children, William (Sandra) Milam, Barbara (Bob) Aubuchon, Sandra (Jerry) Cartrette, Kathryn (Greg) Boyer and Jonnie (Carl) Jones; twelve grandchildren; twenty-nine great-grandchildren; siblings, Minnie Rosella Rasmussen and Tom Quigley; and many dear nieces, nephews, extended family members and friends. In addition to his parents, Dub was preceded in death by his siblings, Billy Milam, Paul Quigley and Alvina Cagle.
Visitation was held on Monday, October 4th at Liberty Baptist Church from 3 until 5 P.M. A Celebration of Life Service to honor Dub began at 5 P.M., officiated by Pastor Devin Haus.
Funeral arrangements were respectfully entrusted to the care and direction of DeClue Funeral Home.