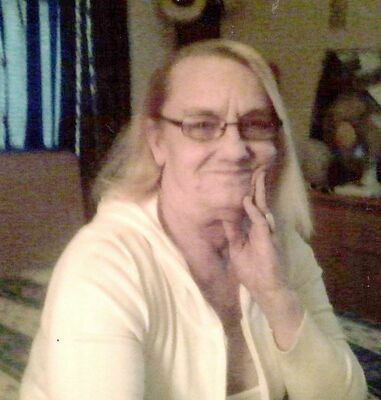 Connie Katherine Watson of Irondale was born on June 4, 1955 in St. Louis, a daughter to the late Clarence, Sr. and Francis (Baysinger) Sherman. On March 17, 2008, Connie was united in marriage to William Watson and they shared thirteen years together. Connie passed away on Sunday, September 26, 2021 having reached the age of 66 years, 3 months and 22 days. Those who remain to cherish her memory include her beloved husband, William “Bill” Watson; children, Kenny (Tonia) Dahl and Elaine (Jeff) Jones; several grandchildren, great-grandchildren and siblings. In addition to her parents, Connie was preceded in death by her infant son, Scotty Dahl; three children, David Barton, Angela Dahl and Ronnie Barton; several siblings and other dear relatives.
Visitation was held on Monday, October 4th at DeClue Funeral Home from 11 A.M. until 1 P.M. A funeral service to honor Connie began at 1 P.M. in the DeClue Memorial Chapel with Elder Mike Jarvis officiating. Interment and final prayers will be held at Sunset Hill Cemetery.
Funeral arrangements were respectfully entrusted to the care and direction of DeClue Funeral Home.