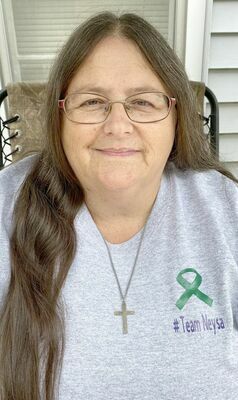 Mary Jean Moser of Cadet was born on August 6, 1961, in St. Louis, a daughter of the late Cleo Shepard and the late Norma (Helms) Watson. Mary went to her heavenly home on Saturday, September 18, 2021 having reached the age of sixty years, one month and twelve days.

A Funeral Service was held on Thursday, September 23rd, 2021, at 11 A.M at the DeClue Memorial Chapel with Bro. Ed Watson officiating. Interment followed at Sunset Hill Cemetery in Potosi.