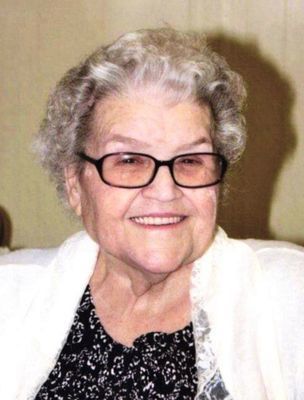 Norma Fay (Miller) Poole of Herculaneum, was born October 26, 1933 in Bliss, a daughter to the late Martin James Miller and Edith (Bourbon) Miller.

Norma was a faithful member of the Immanuel Baptist Church in DeSoto and ran the prayer chain. Her faith was unwavering and the light of Christ shined bright in her everyday work. She loved the outdoors and took many fishing trips with family and friends. Her sense of adventure, love and example of faith will be cherished by all the lives she touched.
Visitation for Norma was held Thursday, October 8th, from 4-8 P.M. at Moore Funeral Home in Potosi.

Memorial donations may be made to St. Jude Children’s Research Hospital or Camp Hope.

All services were under the care and direction of Moore Funeral Home.