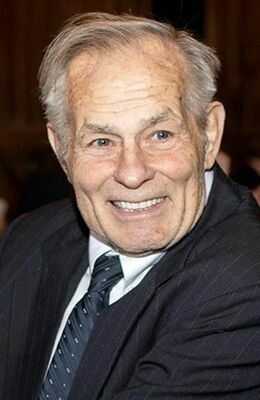 Mr. Herbert (Herb) L. Goodrick of Potosi was born on October 11, 1941 in Los Angeles, California, a son to the late Pastor Herbert Bascum and Mrs. Thelma Neola (Leslie) Goodrick. Herb went to be with his Lord and Savior, surrounded by his family on Saturday, April 10, 2021, having reached the age of 79 years, 5 months, and 30 days.

In addition to his father and mother, Herb was preceded in death by his daughter, Ms. Debbie Sue (Goodrick) Zavoda on March 6, 2021.

Herb proudly served in the United States Navy from June 23, 1959 to June 29, 1961. Herb had a passion for hunting. He especially loved squirrel and coon hunting and he also enjoyed fishing, a true outdoorsman. Herb was an avid reader of “Full Cry” a hunting magazine and looked forward to each issue. Throughout his many years of hunting, Herb would take a dog that some would consider to be a “mutt” and turn it into a successful coon or squirrel dog. Herb loved to ride horses and would go on lengthy trail rides with family and friends, including with his long-time friend Ms. Florence Shinkle Rice.

Lastly, Herb was always a farm boy at heart. He loved country living. While Herb had a “city slicker” job in an executive leadership capacity at the St. Louis Newspaper Guild before he retired, he always loved living in the country, and he loved the Potosi countryside and the people of Potosi.