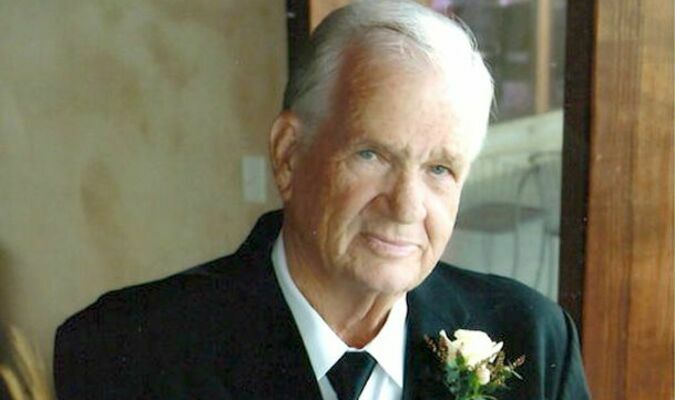 Starting at the age of 15, Yogi built a very strong work ethic. He worked hard all of his life to provide for his family. When Yogi was 22, he began working at Pea Ridge Mines. Later, he opened up a gas station and offered automotive work as well. Yogi was a great mechanic. Yogi had a strong drive to build a legacy for his family, he was a successful businessman in Potosi for 48 years in the car business as the owner and operator of Tom Boyer Auto Sales. He retired in 2011. He worked diligently to make every customer happy. Yogi loved helping people. Although he worked many hours, he always made time for his family.

In addition to his proud success in the car business, Yogi was a lifetime member of Potosi Elks Lodge. Yogi enjoyed the outdoors. After his retirement, one could find him nearly everyday walking at Engler Park in Farmington. Yogi was also a dear friend to all employees at Park Hills River Mart. He enjoyed helping Theresa with the convenience stores in any capacity. Yogi was always up for card games with his buddies.

On April 20, 1963 Yogi was united in marriage to Charlotte Allen and two children were born to this union. Yogi loved his family. Spending time with his wife, daughters and granddaughters was one of his greatest joys. From helping Charlotte with her campaign to following his granddaughter's activities, Yogi was there.

A Funeral Service was held on Wednesday, January 5, 2022 at 11 AM held at the DeClue Chapel with Pastor Dennis Conway officiating. Interment followed at the New Masonic Cemetery, Potosi.

In lieu of flowers, memorial contributions may be made to Washington County Memorial Hospital Foundation in care of DeClue Funeral Home.

DeClue Funeral Home was honored to have served and ministered to the family of Yogi Boyer.